Indian cinema is known for producing funny comedy movies. If 100 Hindi movies are released on an average per year then around 75 movies will be from the comedy club. You will find a big list of Hindi comedy movies online.

Almost all Hindi movies have some extent of comedy involved in them. Be it Action comedy, Drama Comedy, Romance comedy or Crime comedy. Earlier there used to be individual comic actors assigned to the task of bringing humor and funny moments in the film.

But nowadays Bollywood has increased its standard and a good actor is now required to adopt a comic character whenever required. While this also led to a flood of poorly scripted comedy movies which used abuses in Hindi to make people laugh – yet you will find a big list of Hindi comedy movies that you can watch and enjoy anytime.

This Post lists Top 100 Hindi comedy movies. I have tried to list almost all classic and good comedy movies. But if you find any of your favorite Bollywood comedy movie missing then do let us know in the comment section below. This list is updated on a regular basis so you might find comedy movies that are currently running in the theater. 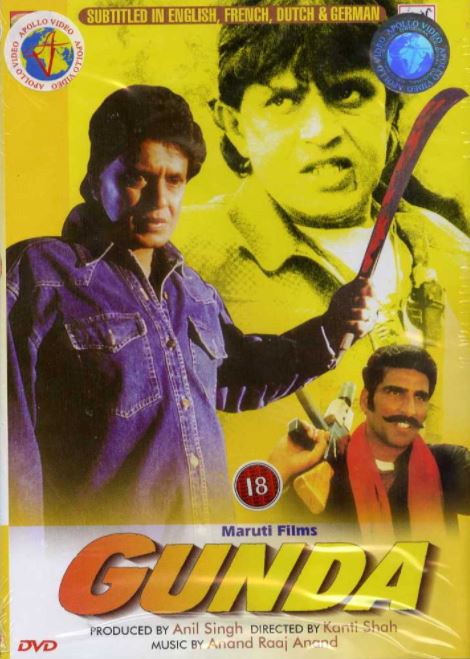 Plot: I don’t know the exact plot, I was lost in the mesmerizing dialogues. Sorry.

Why is it Funny: Gunda sits on Num 101 in our list of Indian comedy movies. Many will be surprised for this entry but there are many reasons to include Gunda.

Let me clear you that it is not your average Hindi comedy movie but in fact, Gunda is so bad that it is actually good.

You will wonder what made Shakti Kapoor, Mukesh Rishi, Mithun Chakraborty, and Mohan Joshi to star in a B grade film.

Watch at your Own Risk. 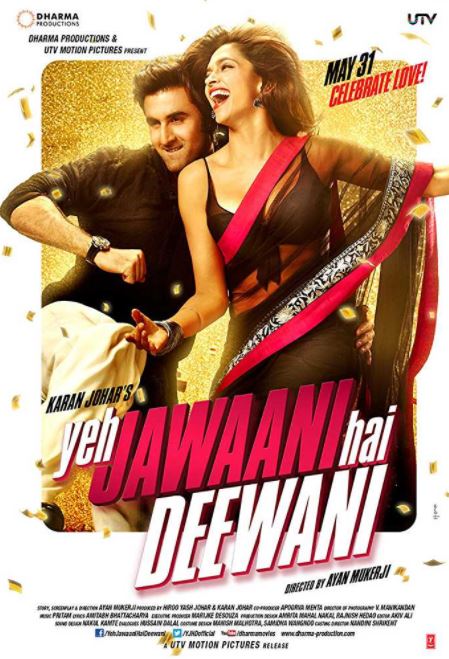 Plot: A girl falls for a boy who loves his dreams more than her.

Why is it Funny: Yeh Jawani Hai Deewani is one of the best romantic comedy movies of Bollywood. It does not focus on just one genre but does justice to both. Though Ranbir Kapoor has starred in many Hindi comedy movies his performance in YJHD is nothing in front of Deepika Padukone’s.

Funniest Scene: When Kabir and Naina plays I Never Game 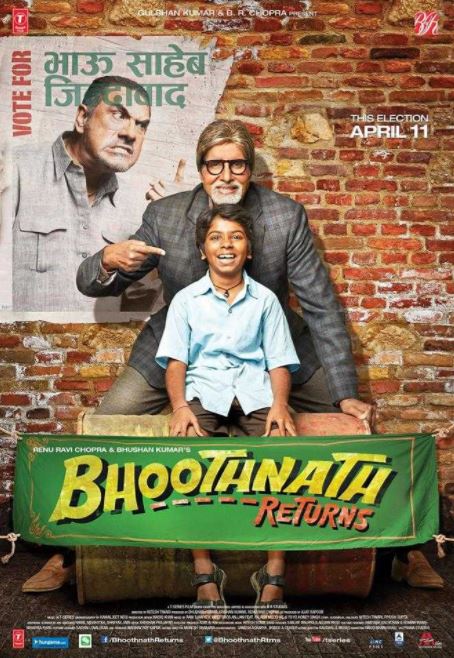 Plot: A ghost tries to scare away the family of a young woman and his son from his house.

Why is it Funny: I love to watch kids movies and I hope you do too. If so then Bollywood has one very good kids movie and that is Bhootnath. Starring Amitabh Bachchan in the titular role, this movie is a perfect family comedy movie. 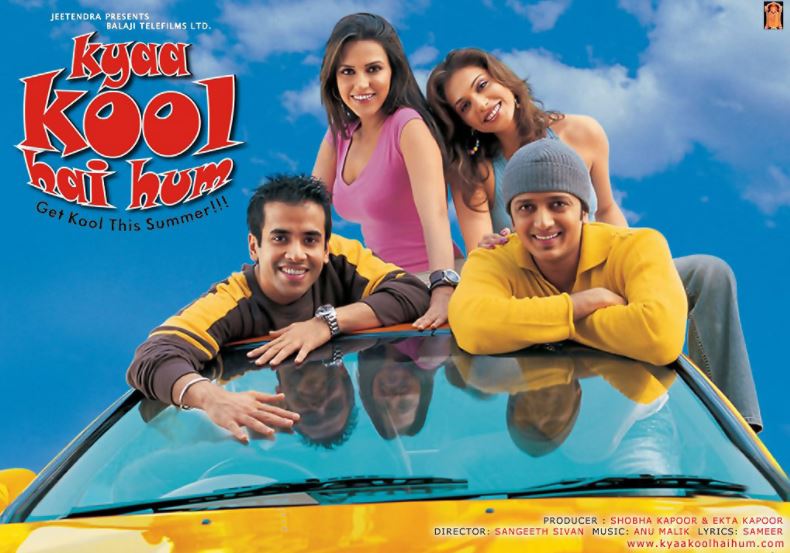 Plot: Two friends tries to woo and marry rich girls so that they can enjoy a luxurious life on the money of their soon-to-be wives.

Why is it Funny: To Be Honest Kya Kool Hai Hum started as a promising comedy movie series. But the film stooped to low levels due to their non-sense comedy in sequels.

The original film paved way for @dult comedy movies in India but sadly none of them made it to the list of best Hindi comedy movies.

Funniest Scene: When Popat tells about his business 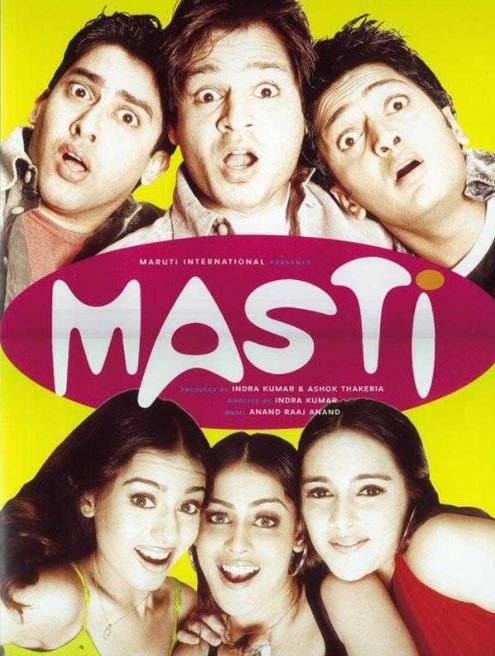 Plot: Three Married Friends decide to have an extramarital affair without the knowledge of their wives.

Why is it Funny: Despite all the crude humor and toilet jokes, Masti gives an important social message – to be faithful to own wives.

Masti was a sleeper hit. In fact, people expected that it would revive the dying career of Vivek Oberoi as well as Aftab Shivdasani. But sadly the original film was ridiculed by idiotic sequels.

We still Appreciate Masti for standing out of the crowd and providing humor to a certain section of the audience.

Funniest Scene: When Amar Meet and Prem are caught by Sikander

Funniest Character: The trio of Amar, Meet and Prem 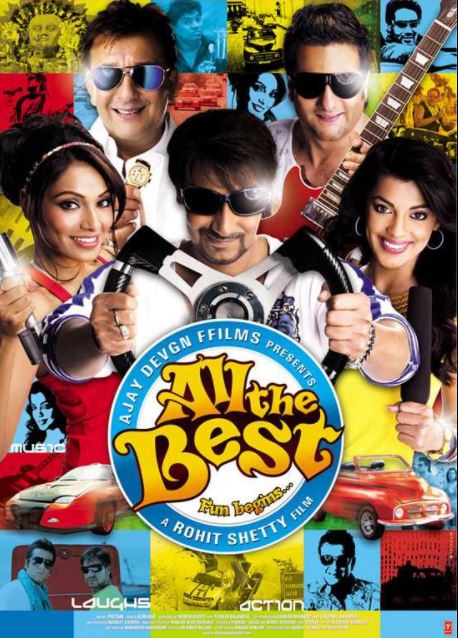 Plot: Veer lies to his elder brother about his career, his life, and his friends. Hell turns upside down when his brother pays a visit.

Why is it Funny : Rohit Shetty has his unique sense of humor. Many Indians love it. All the Best is a situational comedy film that is made watchable by its colorful characters and acting.

Sanjay Mishra deserves all the praise for the comic front of the film. It was his character RGV that made an average comedy film to a memorable movie.

I hope you will like this movie and if you don’t then Dhondhu Just Chill. 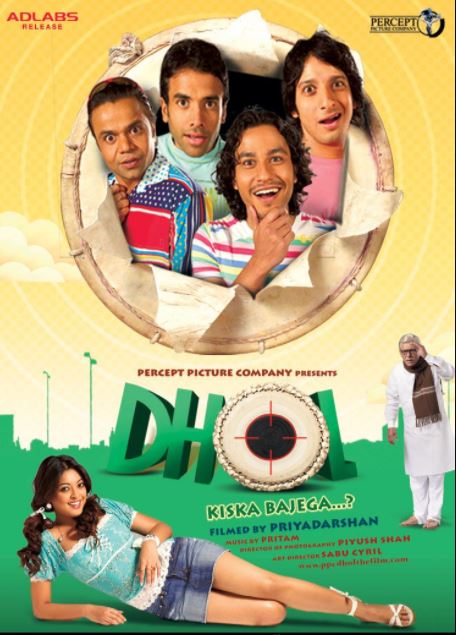 Plot: In order to marry their rich neighbor, four friends pretend to be close friends of her late brother.

Why is it Funny : Priyadarshan is synonym to comedy movies. The man has produced so many feel-good movies that you can watch them on repeat and still won’t get bored.

Dhol is another good Hindi comedy movie from Priyadarshan. It is the fine comic timing of Rajpal Yadav as Maru that makes the movie enjoyable.

Funniest Scene: When maru is beaten up by goons for Dhol 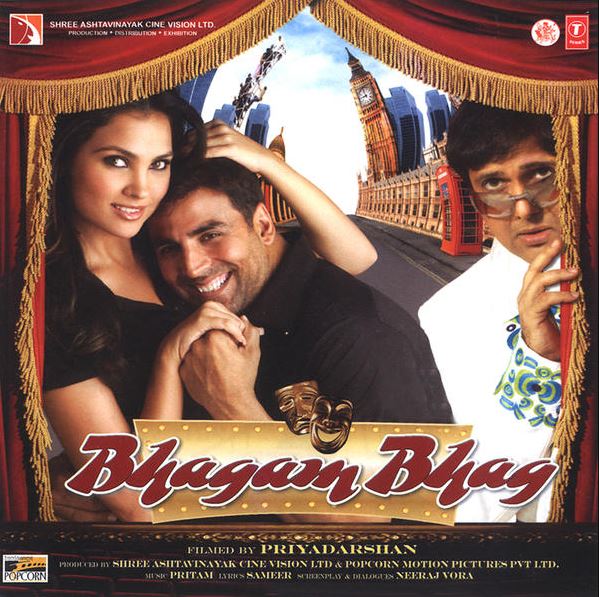 Plot: Three members of drama troupe are framed for murder and drug trafficking.

Why is it Funny: Again a Priyadarshan film that deserves a place in this list of Hindi comedy movies due to its beautiful chemistry between characters. It is the first film of Govinda and Akshay Kumar together. 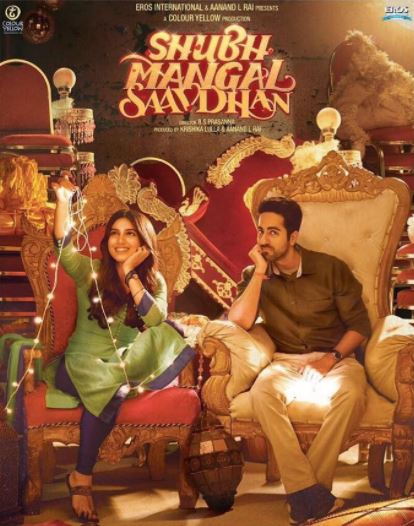 Plot: A man suffers from erectile dysfunction which put his marriage at risk.

Why is it Funny: Shubh Mangal savdhan is based on a topic that most men would never wish to discuss – erectile dysfunction. In his first film, Ayushman played the role of a character who has high quality $perms while in this film his character faces problem in getting erect – Obviously not a family movie but still a good comedy movie. 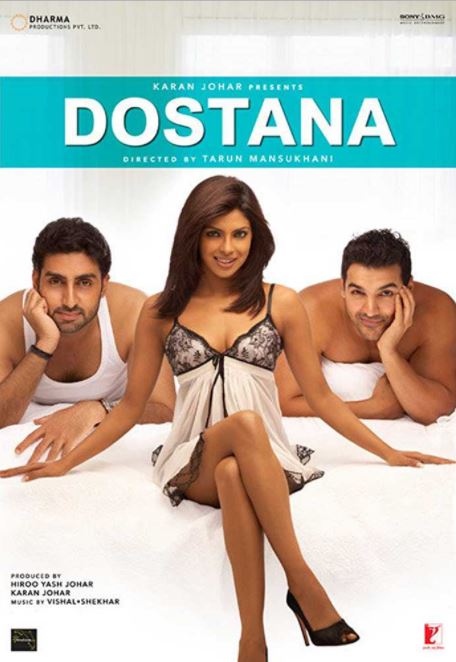 Plot: In order to get an apartment two straight men decide to become gays. Things turn upside down when they fall in love with the same woman.

Why is it Funny: Dostana was the first film of its own kind. Indian audience rarely accepts movies with Gay themes but Dostana became a mega-hit.

Thanks to the cheesy dialogues, groovy soundtrack and amazing chemistry between John Abraham and Abhishek Bachchan. 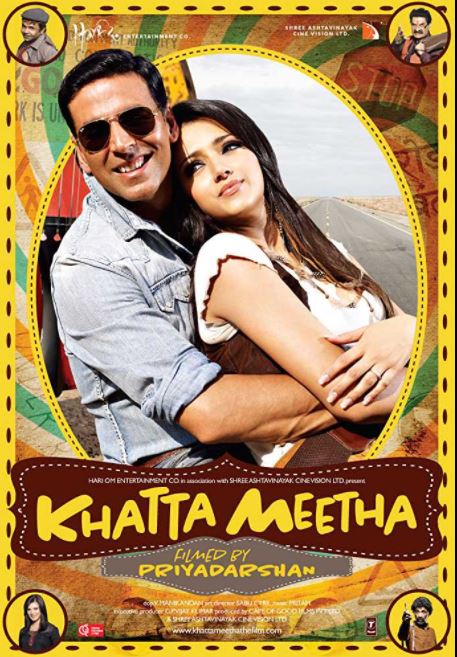 Plot: A Road contractor find himself caught up between the corruption done by his brother and his brothers-in-law. He decides to stand up against them while making way for his own career.

Why is it Funny: If it was not Akshay Kumar, I doubt this film would have been as enjoyable. Priyadarshan presented this film at a time when India was turning towards @dult comedy.

Khatta Meetha is a Hindi comedy movie that you can watch with your family. Like all Priyadarshan movie, this film too gives a positive message at the end. 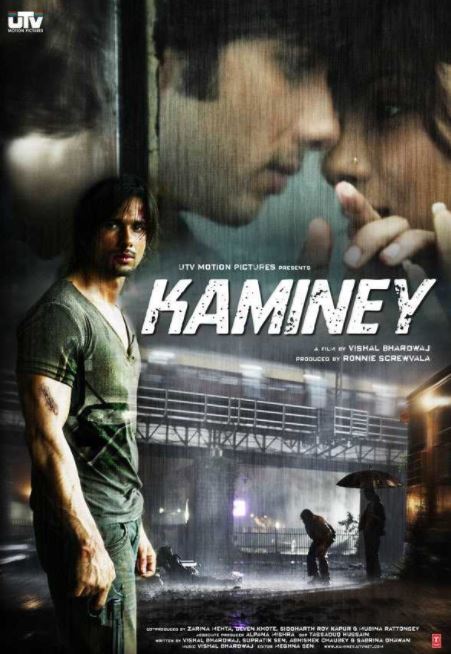 Plot: Two twin brothers with speech problems are caught up between drug trafficking and politics.

Why is it Funny : Vishal Bhardwaj is a maestro. Even if some of his films fail at the box office yet he never disappoints his fans. He has given memorable films like Omkara and Haider but Kaminey stands out due to its dark humor.

If you are a fan of black comedy then you should watch Kaminey.

Funniest Scene: When Guddu is arrested by police

91. Rocket Singh: Salesman of the Year 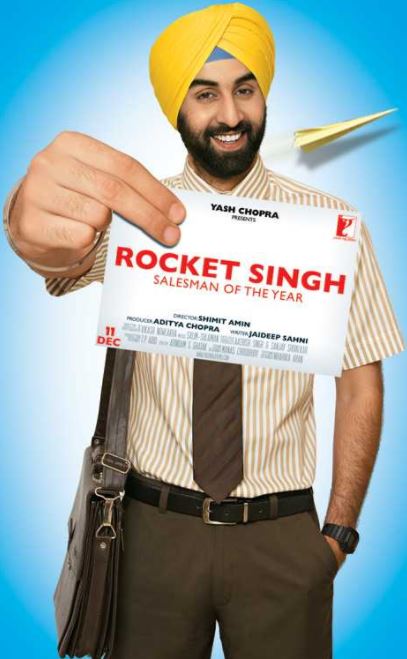 Plot: A salesman decides to run a parallel company right under his bose’s nose.

Why is it Funny: If you want to see how brilliant Ranbir is as an actor then you should watch Rocket Singh. Hollywood is full of corporate comedy movies but Bollywood only focuses on @dult comedy or situational comedy.

Rocket Singh dares to stand out and that is why it is listed here in best Hindi comedy movies.

Funniest Scene: When Harpreet tries to fulfil the demand of his clients 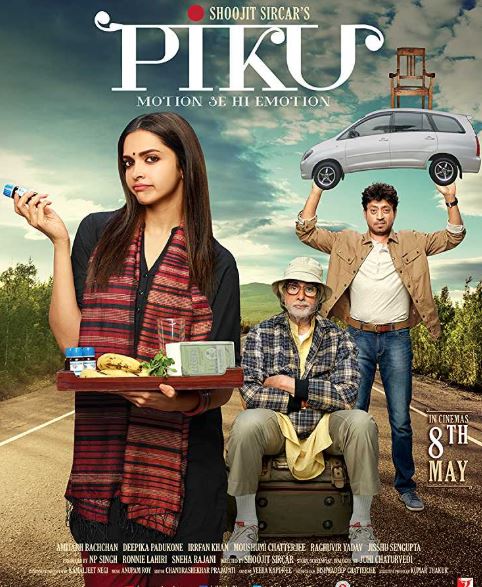 Plot: A young architect is forced to join his father on a long road trip from Delhi to Kolkata. They are accompanied by Rana who is the owner of the taxi service.

Why is it Funny: Piku is another offbeat comedy movie that might not be loved by every Hindi comedy movie lover. The film, in fact, has a sad ending but overall it teaches a valuable lesson on how one should enjoy little things in life.

The chemistry between Amitabh Bachchan, Irfan Khan, and Deepika Padukone is what makes this movie ahead of other Hindi comedy movies.

Funniest Scene: When Bhaskar fights with Rana Chaudhary in midway to Kolkata 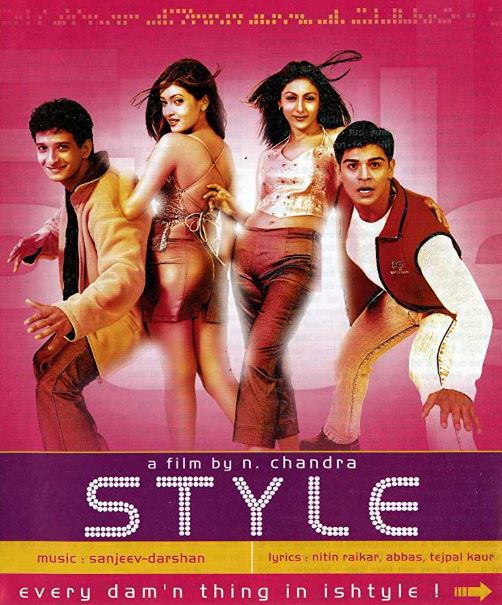 Why is it Funny : Style Is an underrated Indian comedy movie. In fact, you won’t find this film in many lists of Hindi comedy movies on the internet.

It was this film that launched the career of Sharman Joshi. Style spawned a sequel Xcuse me in 2003 but It was not as successful as the original. 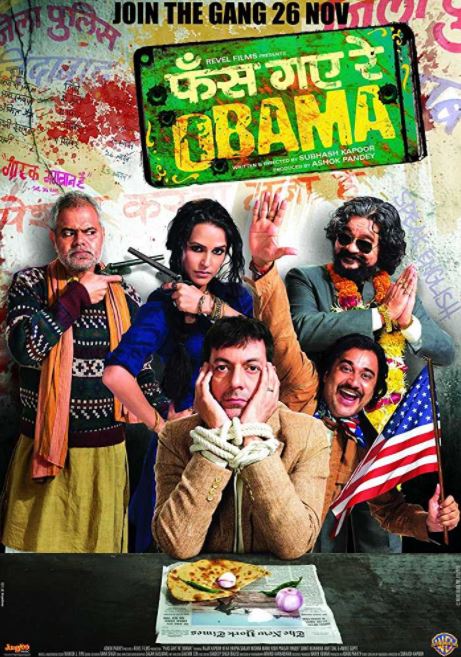 Plot: A gang of goons kidnaps a recession victim NRI mistaking him as a rich man who would fulfill all their demands.

Why is it Funny: One bad thing about Bollywood is that it often neglects low budget movies and praise films starring superstars. Phas Gaye Re Obama would have been much more successful if it featured any popular Bollywood actor.

If you are looking for an underrated Hindi comedy movie then do watch Phas Gaye Re Obama and you won’t be disappointed. 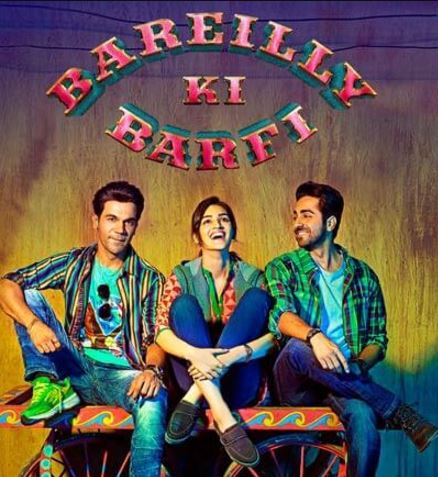 Plot: A Carefree girls tries to find perfect match for her.

Why is it Funny: It’s good to see that actors like Rajkumar Rao and Ayushman Khurana have established themselves without any godfather. Bareilly ki Barfi perfectly shows how talented our country is. Rajkumar’s acting is unmatched and Ayushman gives an extra boost to this film. Also, Kirti Sanon deserves praise as well.

Funniest Scene: When Pritam turns into a Gunda 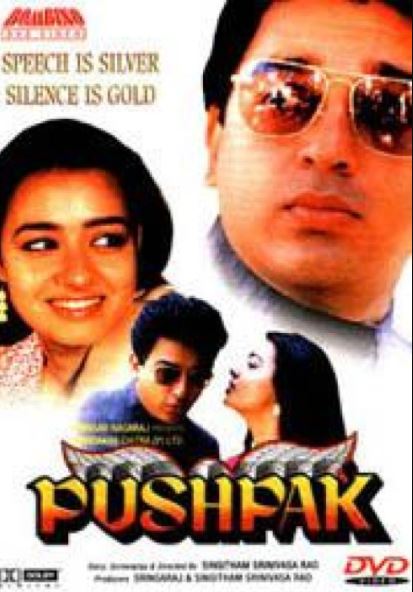 Plot: A Man takes identity of a rick man to enjoy his lifestyle.

Why is it Funny: I know this is not a Hindi movie but actually it is a silent movie. There is no dialogue whatsoever. So it is only right to place this amazing comedy movie in the list of top Hindi comedy movies. This film is a tight slap on those people who think that Indian cinema does not experiment. 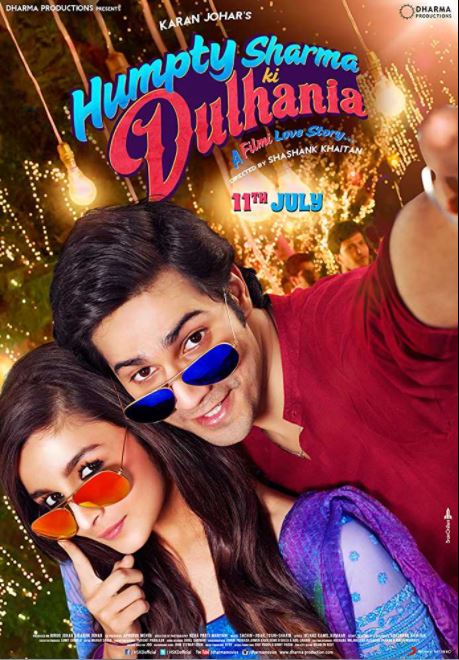 Plot: A Delhite tries to win love of a Haryanvi girl.

Why is it Funny: Varun might have given back to back hits but he still has a long way to go to establish a legacy like Alia Bhatt. Anyways Varun and Alia are one of the best on-screen couples in recent times. You can judger their amazing chemistry in comedy movie Humpty Sharma Ki Dulhania and its Sequel Badrinath ki Dulhania. 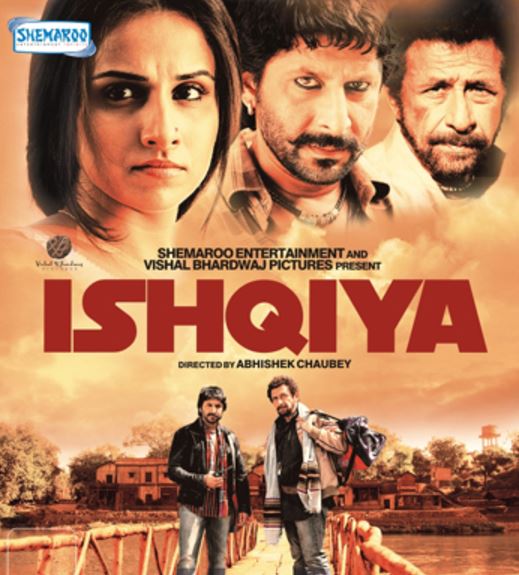 Why is it Funny: The jugalbandhi of actors like Naseeruddin Shah, Arshad Warsi, and Vidya Balan surely is worth watching. Ishqiya and its sequel Dedh Ishqiya are dark comedy movies that interestingly won audience all over India.

Funniest Scene: When Babban tells a Latifa in Last Wish 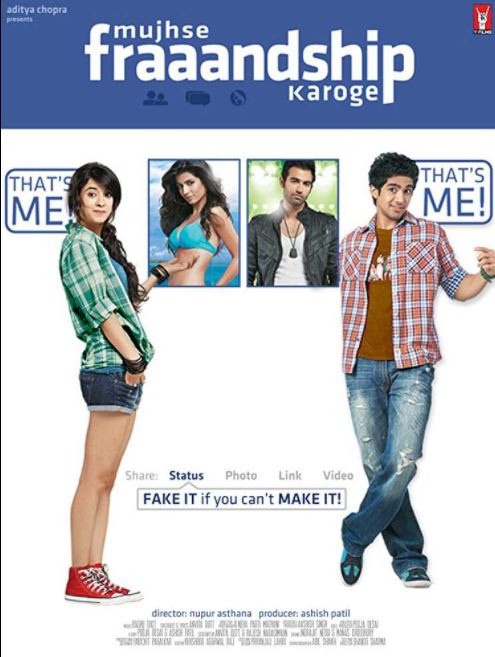 Plot: A boy and girl fake love with each other.

Why is it Funny: If you watch only movies that have superstars in it then there are very high chances that you missed this funny Hindi movie. Directed by Nupur Asthana this movie is a good take on modern love stories and relationships. 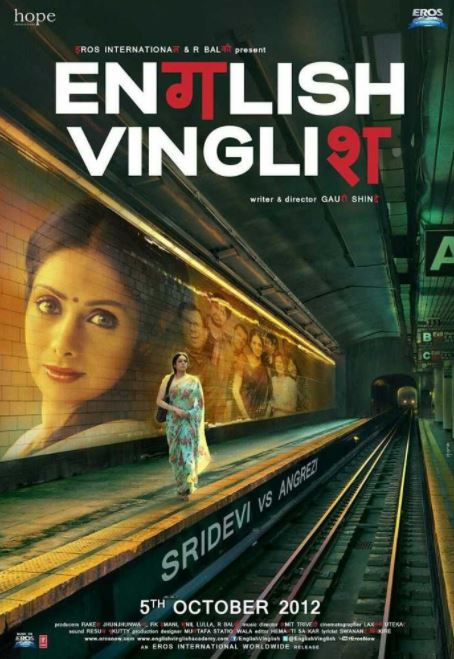 Plot: A mother decide to learn English so that she can win the affection of her family.

Why is it Funny: Very few actors had the pleasure to make a comeback with a bang. Sridevi is one such actor among them. She created a buzz with English Vinglish and won audience all over with her performance in Mom. This Hindi comedy movie is a hilarious satire of our modern society. 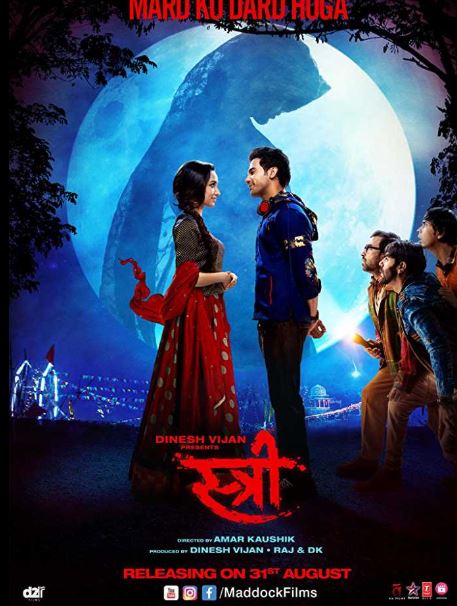 Plot – Based on Legend of ‘Stree’ Witch which attacks men at night.

best bollywood movies of all time

best hindi movies of all time

best movies of all time bollywood

hindi movies name from a to z

top hindi movies of all time