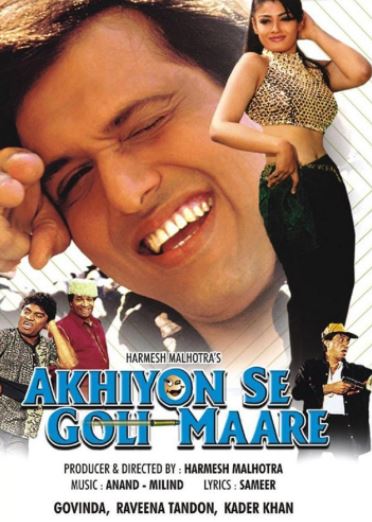 Plot: A Man tries to win the heart of his girlfriend’s father by pretending to be a powerful goon.

Why is it Funny: Here is another underrated Hindi comedy movie that got lost during the transitioning phase of Bollywood. If you like comedy movies that are made up using different short skits then this movie is a perfect watch for you. 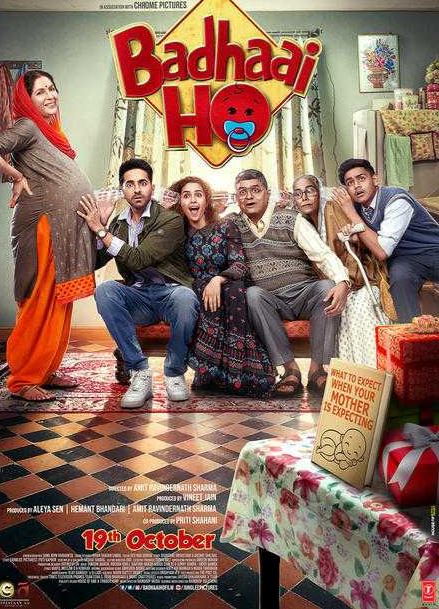 Plot – Problem arises in the life of a 25 year old man when his 53 year old mother gets pregnant. 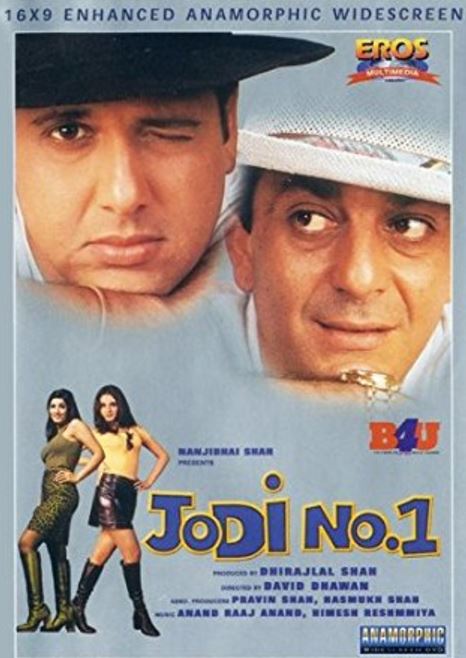 Why is it Funny: If you watch all movies that feature the duo of Sanjay Dutt and Govinda then you might get confused in the storylines. As almost all movies these movies have a similar plot. However, all these films are entertaining and placed among the best Hindi comedy movies. 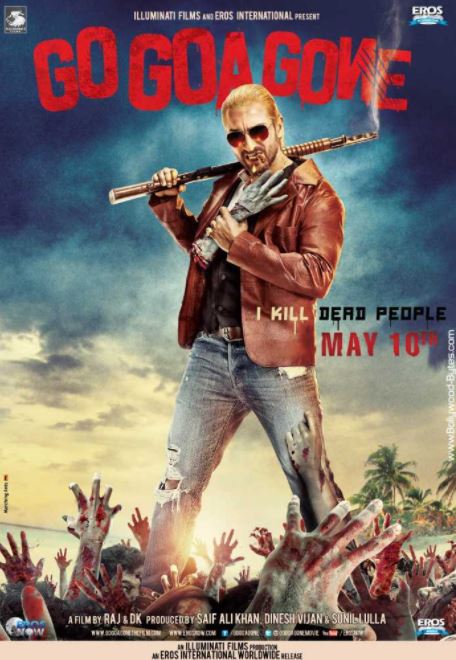 Plot: Three friends find themselves in the middle of Zombie apocalypse on a deserted island.

Why is it Funny: Go Goa Gone is one unique film and it deserves to be praised for standing out. Even though many people can not withstand Saif Ali Khan’s comedy but this one film shows a positive side of Nawab Khan.

Funniest Scene: When Boris tells that He is from Delhi 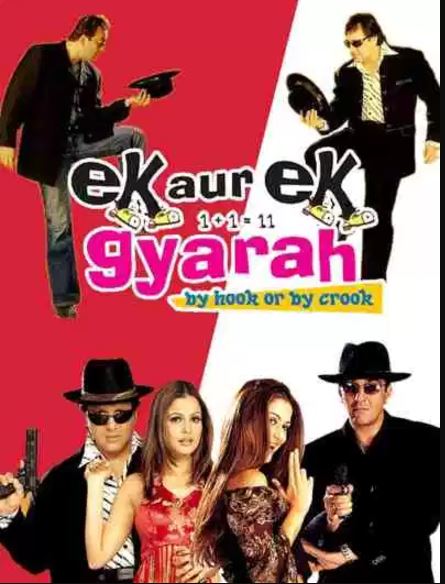 Why is it Funny: Sanju baba and Govinda added multiple skits in this movie to make the film overall as good entertainment. The film stars actors like Jackie Shroff and Ashish Vidyarthi. 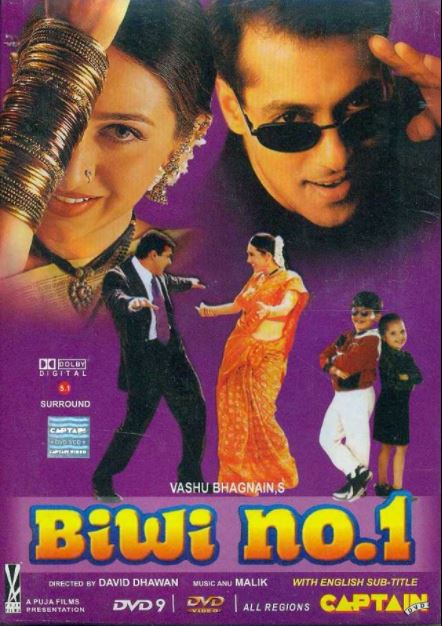 Plot: A married man asks his friend to help him to hide his extramarital affair.

Funniest Scene: When lakhan handles the problems of Prem 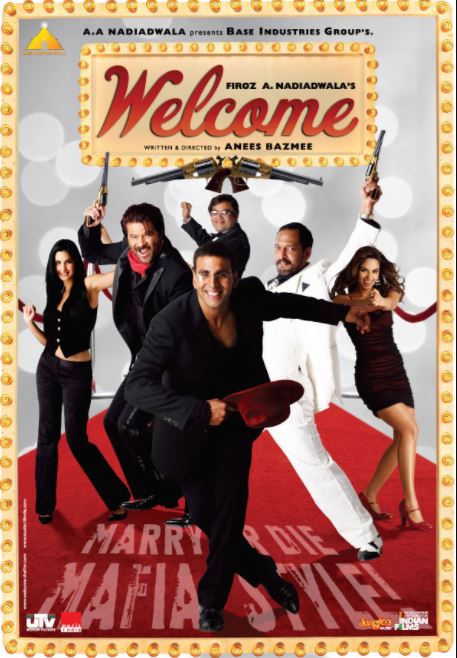 Plot: A gangster wants his sister to get married to a handsome man but the groom’s family opposes.

Why is it Funny: This film deserves a spot in the list of best Hindi comedy movies only because of Nana Patekar and Anil Kapoor. The duo shined in both movies and they arguably became one of the best comic duos in recent times.

Funniest Scene: When Uday tries to be actor 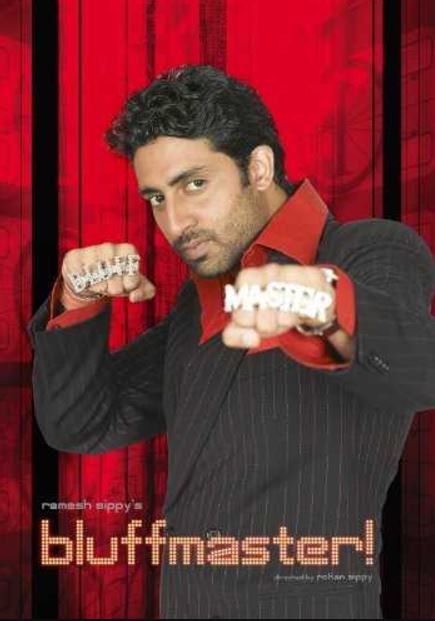 Plot: A con artist takes an apprentice under his wing to teach laws of bluffing.

Why is it Funny: Bollywood does not make twist movies like Hollywood. Forget about Mind-bending movies like inception or interstellar. However, there are a few Bollywood films that stand out of the crowd and dare to be different. Bluffmaster is one such comedy movie that saw Nana Patekar’s versatility along with Abhishek Bachchan impressive acting. 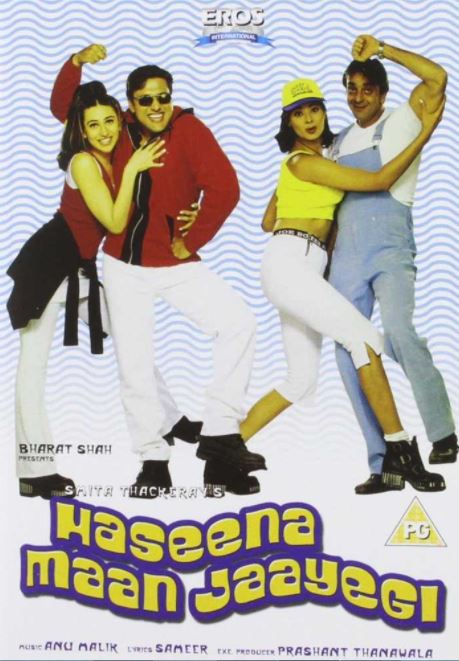 Plot: Two brothers fall in love with two sisters but the problem arises when one of them have to fake as their uncle.

Why is it Funny: Govinda is immensely talented and he showed it in yet another comedy film titled Haseena Man Jayegi. The film saw hit pairing of Sanjay Dutt and Govinda. The duo has a unique chemistry that is rarely seen among A-List actors. Govinda’s act as Chachaji won the hart of the audience and it was often mimicked by TV comedians. 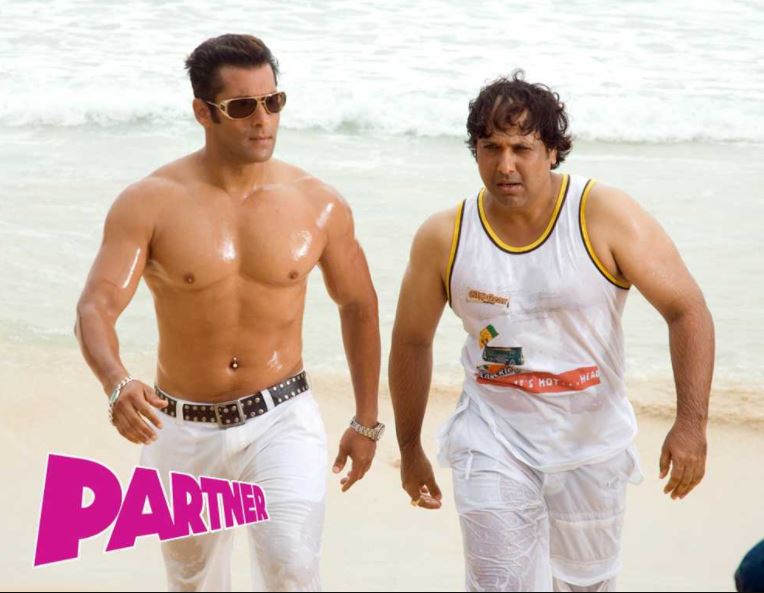 Plot: A Love Guru teaches a man on how to impress a woman and win their heart.

Why is it Funny: It’s sad that many remember Partner as the last hit movie of legendary Govinda. He entertained us for so many years yet the man never achieved fame the three Khans. The duo of Salman Khan and Govinda was paired first time with this film and the combination was a hit. 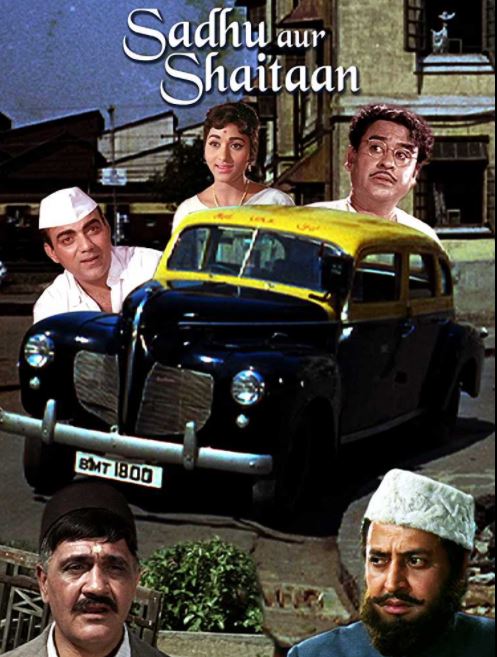 Plot: A taxi driver runs into trouble when a gangster’s body is dumped into his taxi.

Why is it Funny: Mehmood was a legendary comic actor and he paved way for many great comedians including Johnny Lever. Sadhu Aur Shaitan perfectly shows the immense talent that the man had. 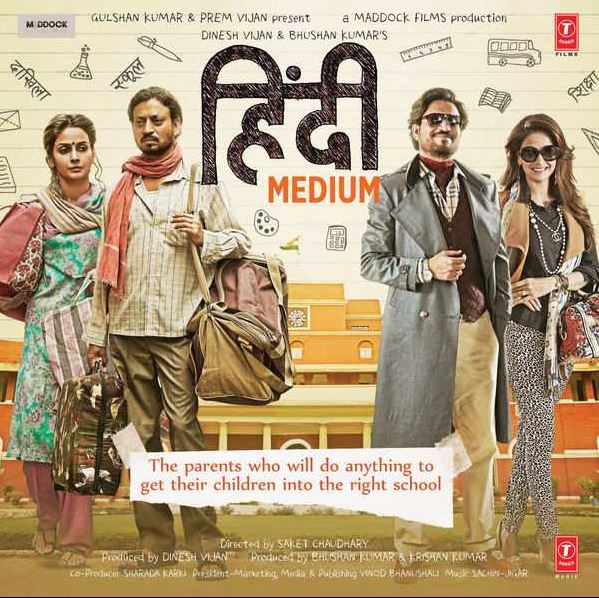 Plot: A Young couple fake themselves as poor only to get their daughter admitted to a posh school.

Why is it Funny: I love movies that satire on society and manages to be entertaining throughout. Irfan Khan starrer Hindi medium is one such movie that rides more on story and plot than just on stars. The film slams modern education system along with how we have considered English as social status in society.

Funniest Scene: When Shyamparkash kori teaches Raj on how to be Poor 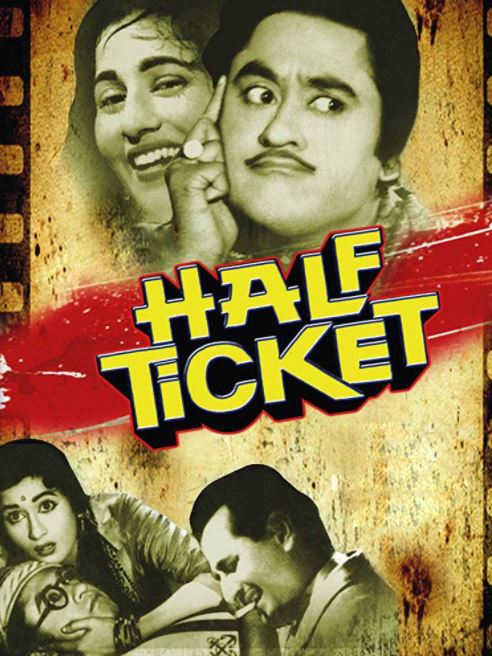 Plot: A Man flees away from home but he does not have enough money to go to his dreamland, Mumbai.

Why is it Funny: It does not matter if you do not like black and white movies. Half ticket is one black and white film that you should not miss at all. Kishore Kumar was the greatest all-rounder of Bollywood and this movie perfectly shows it.

Funniest Scene: When Vijay enquires about ticket of Bombay at platform 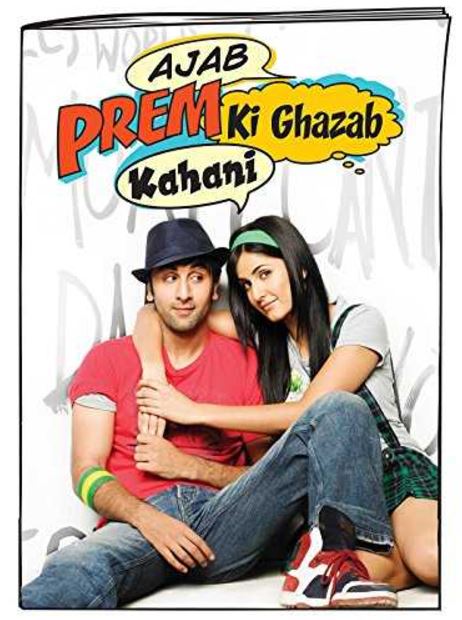 Plot: A hopeless man falls in love with a beautiful girl only to find that she loves another guy.

Why is it Funny: Rajkumar Santoshi started his career with serious flicks like Dlamini and Ghayal but later switched on to feel good movies like Andaz Apna Apna and Ajab Prem Ki Ghazab Kahani. The Ranbir Kapoor and Katrina Kaif staring are stress relieving Hindi comedy movie that will remind you of days when life was easy. 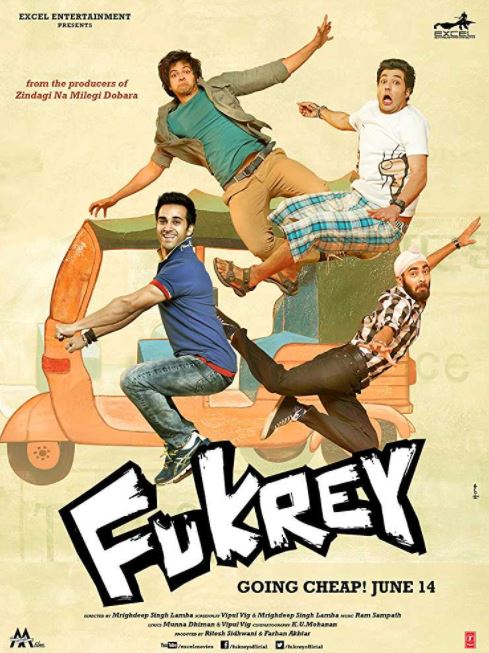 Plot: Two friends pair up with two other guys to take a loan from a notorious lady who runs a br0thel.

Why is it Funny: There are many movies that try to capture the fast lifestyle of Delhi but very few are able to showcase it as it is. Fukrey is one such movie that shows how delhites are fun loving people. You should not watch it with a family. You will enjoy this movie the most with friends.

Funniest Scene: When Choocha tries to flirt with Bholi Punjaban 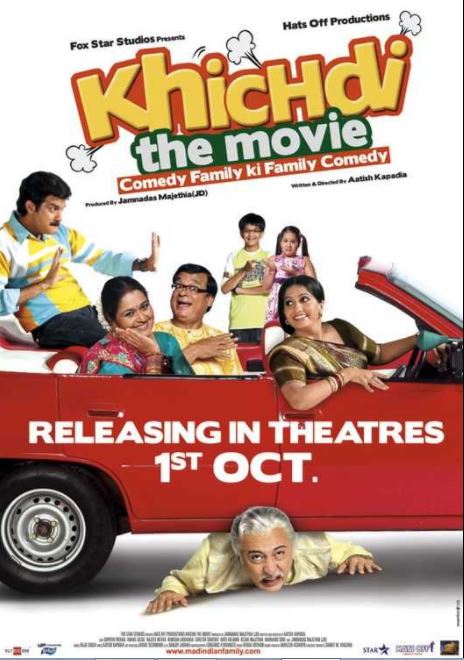 Plot: Himanshu wants to make his love story legendary. Unluckily he is helped by the Parekh family.

Why is it Funny : Khichdi: the movie is a milestone in Indian cinema. As it is the first feature film that is based on the TV series of the same name. Usually, Bollywood does not like TV movies but khichdi is an exception. If you have watched the show then you already know that you are in for a hilarious ride.

Funniest Scene: The Court scene with Hansa as Advocate 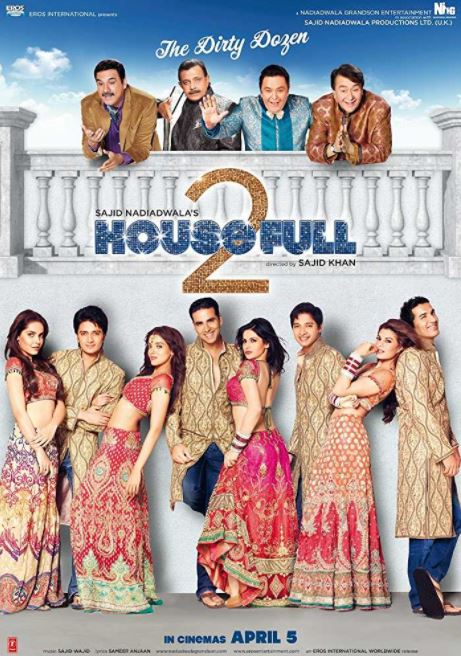 Why is it Funny: You can call me mean for placing Housefull so high. Maybe because the movie is entertaining or maybe because I am a huge fan of Akshay Kumar. Anyways you will love this movie if you keep your brains out. 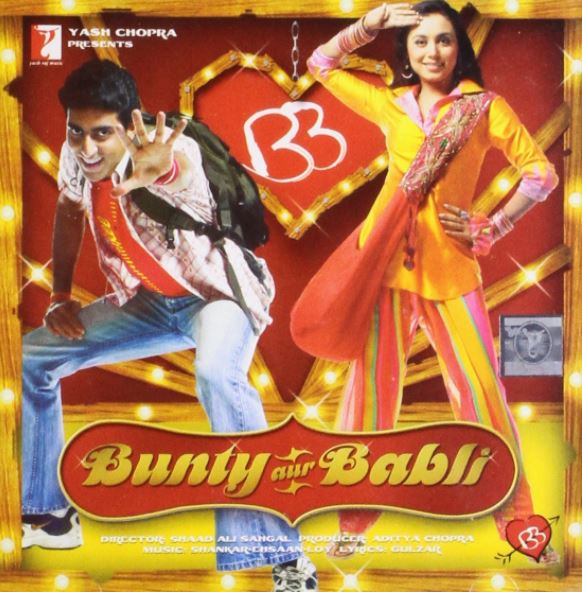 Plot: Two con artist fall in love with each other unaware of the fact that a policeman clever than them is hunting them down.

Why is it Funny: The aura of Amitabh Bachchan can never be replaced by any other superstar. He can steal limelight even if he enters the movie a little before the interval. Bunty Aur Babli is a perfect example of it. Yes, Abhishek Bachchan and Rani Mukherjee gave excellent performance in the movie but it was Amitabh Bachchan as ACP Dasrath Singh that made the movie worth watching.

Funniest Scene: When JCP Dashrath Singh investigate the case of Bunty and Babli

Funniest Character: Bunty and Babli both 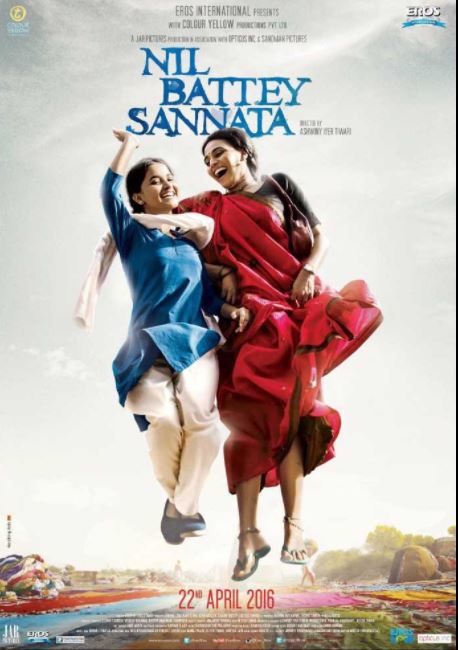 Plot: A maid tries all possible ways to inspire her daughter to study and perform well in exams.

Why is it Funny: One bad thing about Bollywood is that superstar steals the light of low budget movies as well. Nil battery sanatta is one such movie that went unnoticed by a large portion of the audience. Even though the movie went on to Filmfare award for best director yet not many know about this movie. I recommend this as a must watch a Hindi comedy movie.

Funniest Scene: When Principal tells his students the importance of Tenth class 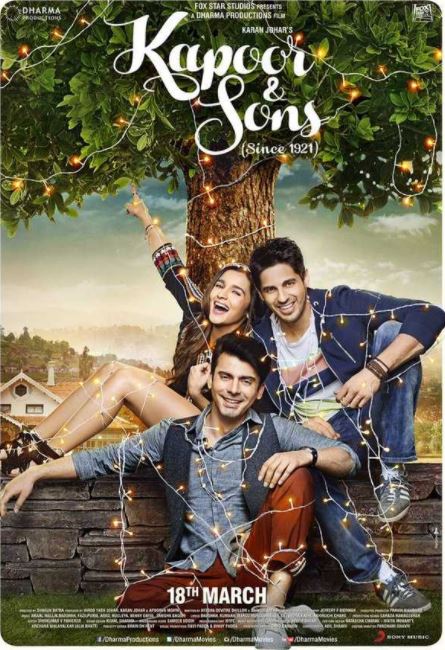 Plot: Two estranged brothers visit their paternal house only to find that their grandfather is dying and their parents are separating and they are economically broken.

Why is it Funny: Kapoor and Sons is a Hindi comedy movie that perfectly captures the lifestyle of modern teenage and young @dults. But it also mirrors the life of an old man who happens to as energetic and mischievous as his grandsons.