It’s hard to keep track of Akshay Kumar Upcoming movies. Khiladi Kumar has so good work ethics that he often finishes a film in just one or two months. This is why you will see an Akshay Kumar film after every three to four months. Akshay kumar has followed this trend since the beginning of his career. He never even tried to follow the footsteps of the three khans by doing one or two film every year. In fact Akshay Kumar has given 4 to five movies almost every year. He might have slowed down to just 3 movies a year in recent times but there was time when you get to see Akshay Kumar films every two month gap.

This actually gives us a very different take on Akshay Kumar stardom and career. First of all you will find no other actor in recent times who has given so many movies every year. This means two things – First Akshay kumar is never short of projects. Bollywood directors and production houses are always keen to sign up Khiladi kumar thus verifying his steady career line. Secondly, No one gets bore of Akshay Kumar movies. The three khans are always scared that they might lose fan following if they come out with movies on such regular interval. They fear that audience might get fed up of them. But this is not the case with Akshay Kumar. Take a look on last 7 movies of Akshay Kumar (released in just 2 years) and you will see that every film has grossed over 100 crore. This shows the stardom of Akshay Kumar and how much fans love him. It is no hidden fact that Akshay Kumar has most fan following after the three khans. He might not be called as big superstar as Salman, Shahrukh or Aamir but he is way ahead of Hrithik Roshan, Ajay Devgan and Ranbir Kapoor. Sidharth Malhotra, Varun Dhawan and Ranveer singh cannot compete with him in terms or work ethics and punctuality. OK OK YES I AM AKSHAY KUMAR FAN. You don’t have to read any more about how great Akshay is and just switch to take a look on upcoming films of Akshay Kumar.

Upcoming Movies of Akshay Kumar in 2017 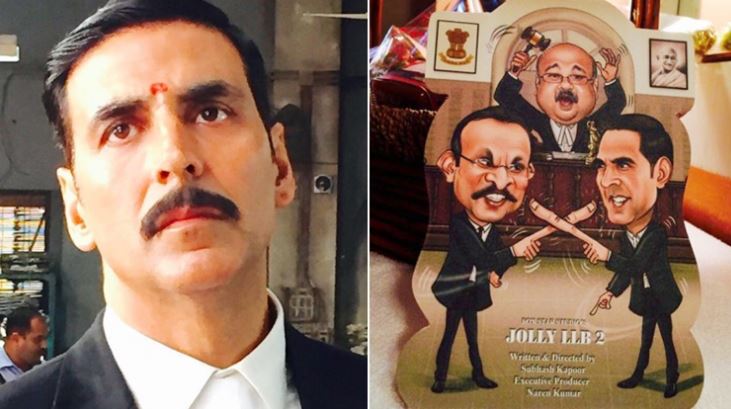 Akshay Kumar’s last film in 2016 was Rustom and it grossed 216 crore at Box office. After Rustom, Akshay Kumar will be seen in Jolly LLB 2. The film is set to be released on 10 February 2017. There were reports that Akshay Kumar was hurt while doing a stunt for the film but Akshay confirmed it via Facebook and twitter that he is fit and fine. Jolly LLB was a moderate hit and starred Arshad Warsi in lead role. The production house decided to rope in a bigger celebrity for the sequel and there came Akshay Kumar. Jolly LLB 2 stars Huma Qureshi and Annu Kapoor along with Elli Avram.
2.0 – 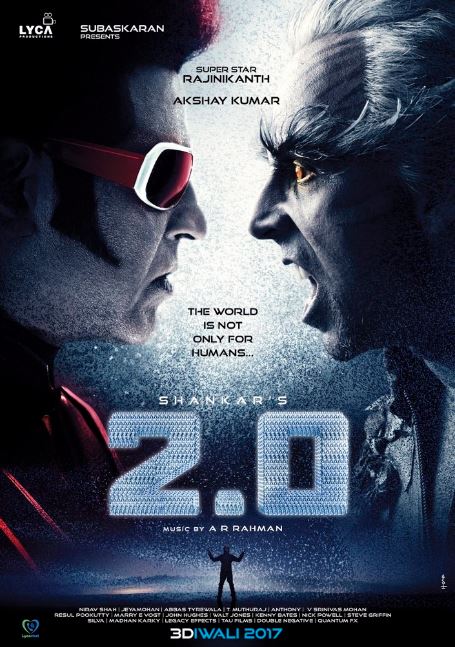 If there is any celebrity who can withstand the stardom of Sir Rajnikanth then it is Akshay Kumar. The much awaited first look of 2.0 was released in November 2016. This was the first film poster of Rajnikanth that featured celebrity other than him. This shows the importance of Akshay Kumar. 2.0 is sequel of Robot and it will also star beautiful Amy Jackson. 2.0 will release around July 2017.
Toilet: Ek Prem Katha – 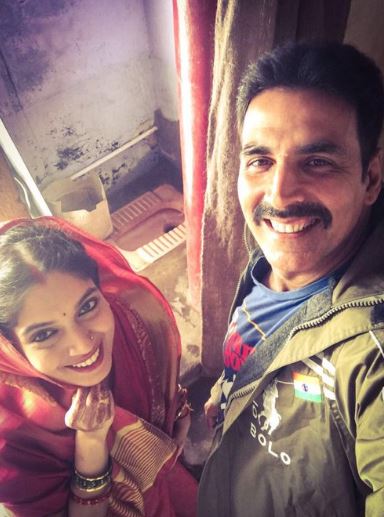 Oh God! Can you believe it that the actor has already finished the shooting of this film before the end of 2016. Toilet Ek Prem Katha is rumoured to be inspired from Indian PM Narendra Modi’s Clean India mission. It will star talented actress Bhumi and Akshay shared a funny photo of the film in November 2016. Toilet Ek prem Katha will release around June 2017.
Crack – 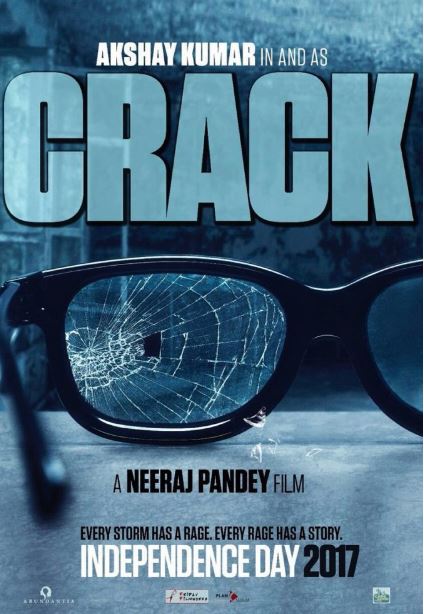 As I Said – he is unstoppable. This will be the fourth Akshay kumar film that we will be blessed with in 2017. Crack will be directed by critically acclaimed director Neeraj Pandey. The film is set for a release date of 15 August 2017. Although the shooting of the film has not begun as of December 2016 but believe me Akshay will deliver it on the fix date. You can bet with me. Crack is said to be a spin off Baby and will see Akshay in the role of a spy.

Upcoming Movies of Akshay Kumar in 2018 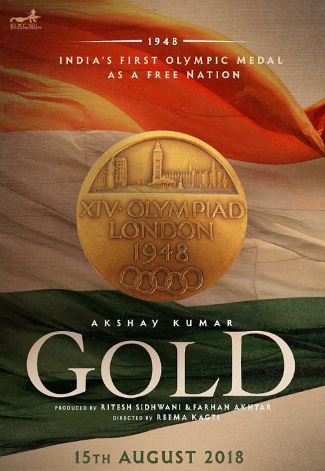 So Akshay has already booked Independence Day 2018 for his film GOLD. This film will be based on the history of India in Olympics. Akshay will play the role of a Gold winning Indian athlete.
Ikka –

AR Muragdos wanted to sign Salman khan for the remake of South Indian Film Thuppaki but Salman has no dates. So AR chose Akshay Kumar for this film and the title of the film was given Ikka. Ikka will release in first half of 2018. 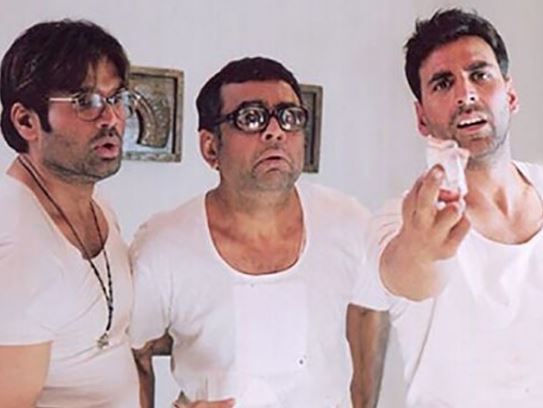 After 18 years, Akshay kumar will return into the role that made him comedy king. Akshay was earlier not part of Hera Pheri 3 but he negotiated with Feroz Nadiawala and signed up for Hera Pheri 3. The film is rumoured to be titled Interntional Hera Pheri. This sequel will release in late 2018.
Namastey England – 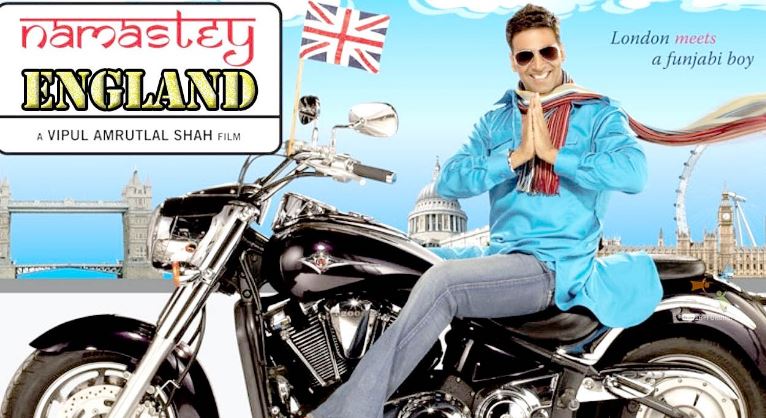 There is good news and a Bad News. Good news is that Akshay will return with the sequel of one of the most romantic movies of Bollywood – Namastey London. Bad news is that Katrina Kaif will not return for the sequel. Sonakshi sinha is paired opposite Akshay for this sequel and it will release in 2018.

Upcoming Movies of Akshay Kumar in 2019 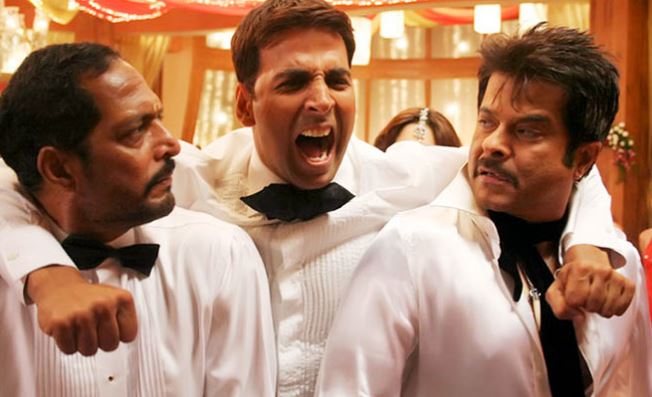 It was a bad decision of Nadiawala to sign John Abraham instead of Akshay kumar for the sequel of Welcome. The sequel was unable to create the magic of original film and Nadiawala soon realized that he needs Kumar magic for bumper hit. He talked with Kumar and along with Hera Pheri 3, Kumar agreed to work on Welcome back sequel. It will release in 2019.